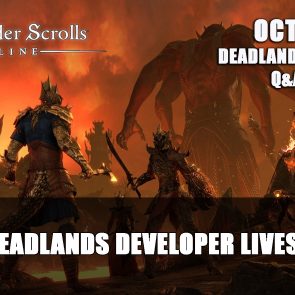 Zenimax have announced that the Elder Scrolls Online Gates of Oblivion Year-End stream will be showing off the Deadlands DLC in more detail.

The next developer livestream for the Elder Scrolls Online will feature a deep dive into the Gates of Oblivion year-end content with Deadlands. This is the final DLC for the year-long content, which will wrap up the story and adds a new zone. The Gates of Oblivion Year-End Stream will be live on October 1st at 4PM EDT on Twitch, giving a behind-the-scenes look into Deadlands. The ESO development team will be sharing more including Creative Director Rich Lambert, Zone Lead Tom Murphy, and Senior Content Designer Janet Priblo. 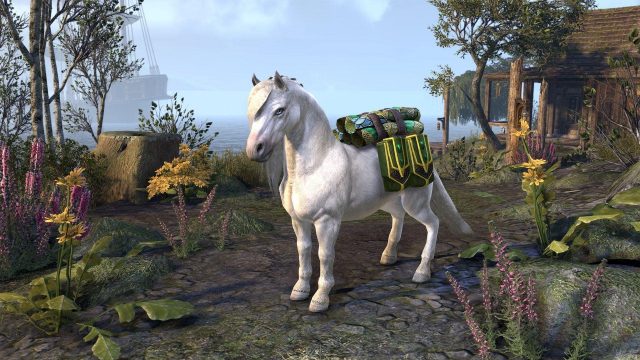 The post of the official ESO website also shares the livestream will cover upcoming in-game activities and events. If you tune in to the livestream you will also receive the all-new Nibenese Pony pet and an Ouroboros Crate.

ICYMI: Our #GatesOfOblivion Year-End stream is this Friday, October 1, at 4pm ET!

Join us for a look at the upcoming Deadlands DLC, developer discussions, a special post-show, Twitch Drops, and more.https://t.co/iFhoZCS1Ur pic.twitter.com/Zyth7PPh87

But that’s not all, post-show a Q&A will be happening with Community Managers Gina Bruno and Jessica Folsom will have a Q&A which focuses on Update 32. You can check out Update 32 live on PTS at the moment if you want to see it for yourself, and you can catch all the major changes in Elder Scrolls Online Deadlands & Update 32 New Features Preview.