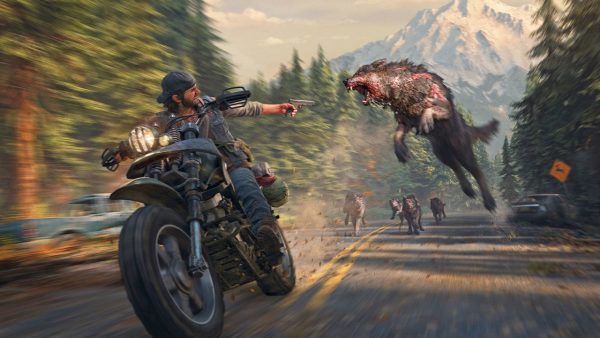 The writer and creative director of Days Gone took to David Gaffe’s podcast to state that players shouldn’t “complain if a game doesn’t get a sequel” if they didn’t buy it “at fucking full price”.

“I do have an opinion on something that your audience may find of interest, and it might piss some of them off,” Garvin said on the podcast (thanks, VGC). “If you love a game, buy it at fucking full price. I can’t tell you how many times I’ve seen gamers say ‘yeah, I got that on sale, I got it through PS Plus, whatever’.

“I’m just saying, you don’t [know if you like a game until you’ve played it], but don’t complain if a game doesn’t get a sequel if it wasn’t supported at launch.

“It’s like, God of War got whatever number millions of sales at launch and, you know, Days Gone didn’t. I’m just speaking for me personally as a developer, I don’t work for Sony, I don’t know what the numbers are.”

“I can tell you that when we were doing [Syphon Filter] Dark Mirror [on PSP], we got so fucked on Dark Mirror because piracy was a thing and Sony wasn’t really caught up on what piracy was doing to sales,” Garvin went on to explain.

“And we would show them torrents, a torrent site had 200,000 copies of Dark Mirror being downloaded. If I remember it right – the numbers could be wrong – but regardless, I was pissed about it then, I was like, ‘this is money out of my pocket’.

“So I think the uptick in engagement with the game is not as important as, did you buy the game at full price? Because if you did, then that’s supporting the developers directly.”

Sony Bend apparently pitched Days Gone 2 to Sony, but it never got made because the company wanted to invest in safer, more commercially attractive games. Sony reportedly turned down Days Gone 2 before development began.

Days Gone launched to mixed critical acclaim but seems to have found a soft spot in the heart of the gaming audience at large. Back when it launched in 2019, VG247 called its story “very dumb”.

The title has come to the PlayStation 5 running at 60fps at a dynamic 4K resolution, and it is also coming to PC this spring.  It is also one of the games available through PlayStation Plus this month.

The post ‘Don’t complain if there’s no sequel if you didn’t buy it full price’ says Days Gone developer appeared first on VG247.