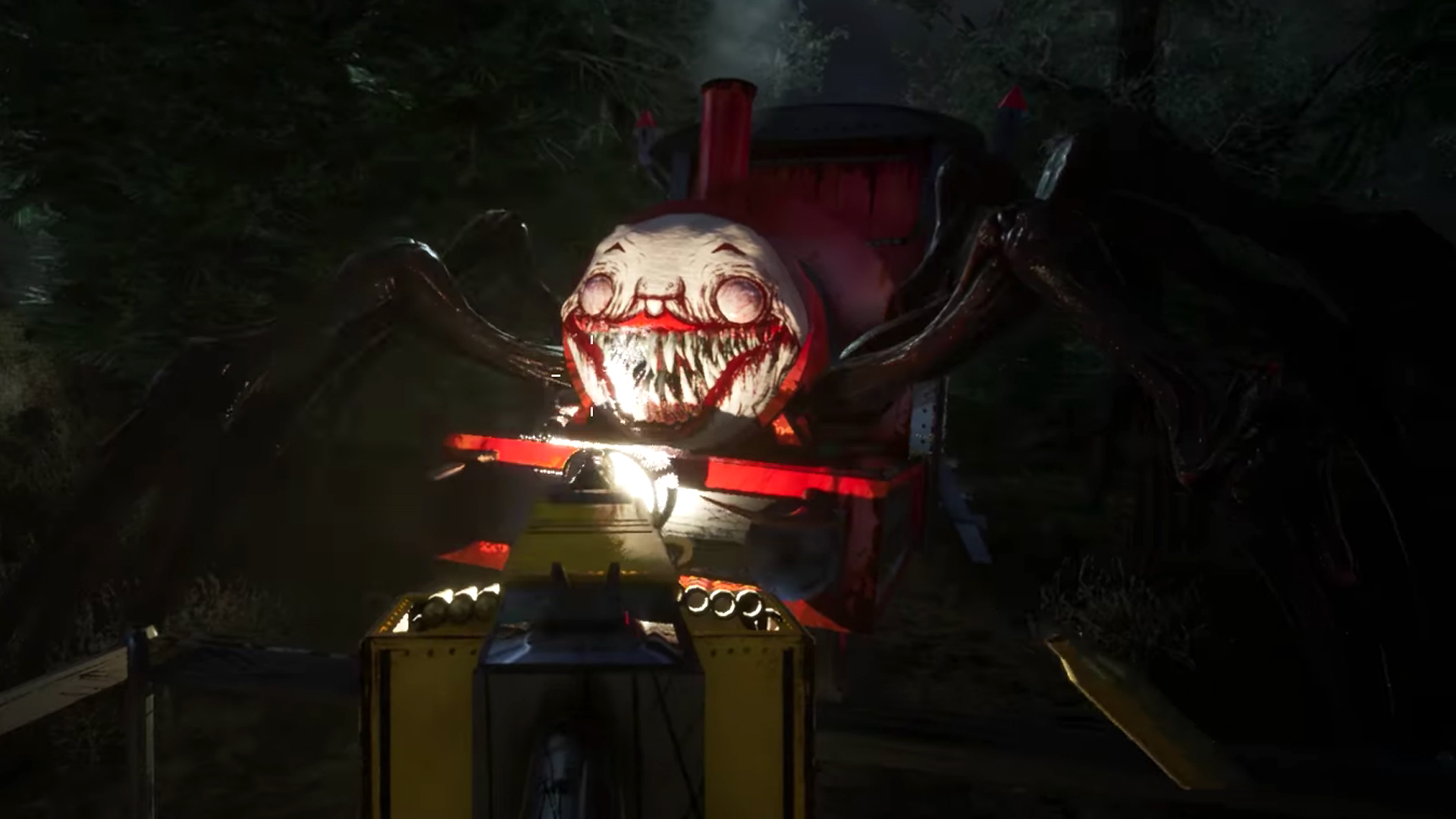 It’s Halloween month and a new indie horror game has been announced, and it’s something a little different – and terrifying. Choo-Choo Charles from Two Star Games is a game about maintaining a train and using it to fight an evil murderous clown-faced spider-train that wants to eat you. It’s Stephen King’s It meets Thomas the Tank Engine.

Every time a game gets released with mod support, the first thing that gets added is a Thomas the Tank Engine mod – it’s like a running joke at this point, but some are scarier than others. Two Star seems to have taken this murderous train concept and mixed it with the final clown-spider form of Pennywise in Stephen King’s It – with a bit of another lesser-known King monster in there too, Charlie The Choo-Choo.

As for the game itself – which is available to wishlist on Steam with a release date of Q1 2022 – Choo-Choo Charles is a first-person horror game set on an island where players are continually stalked by the spider-train Charles.