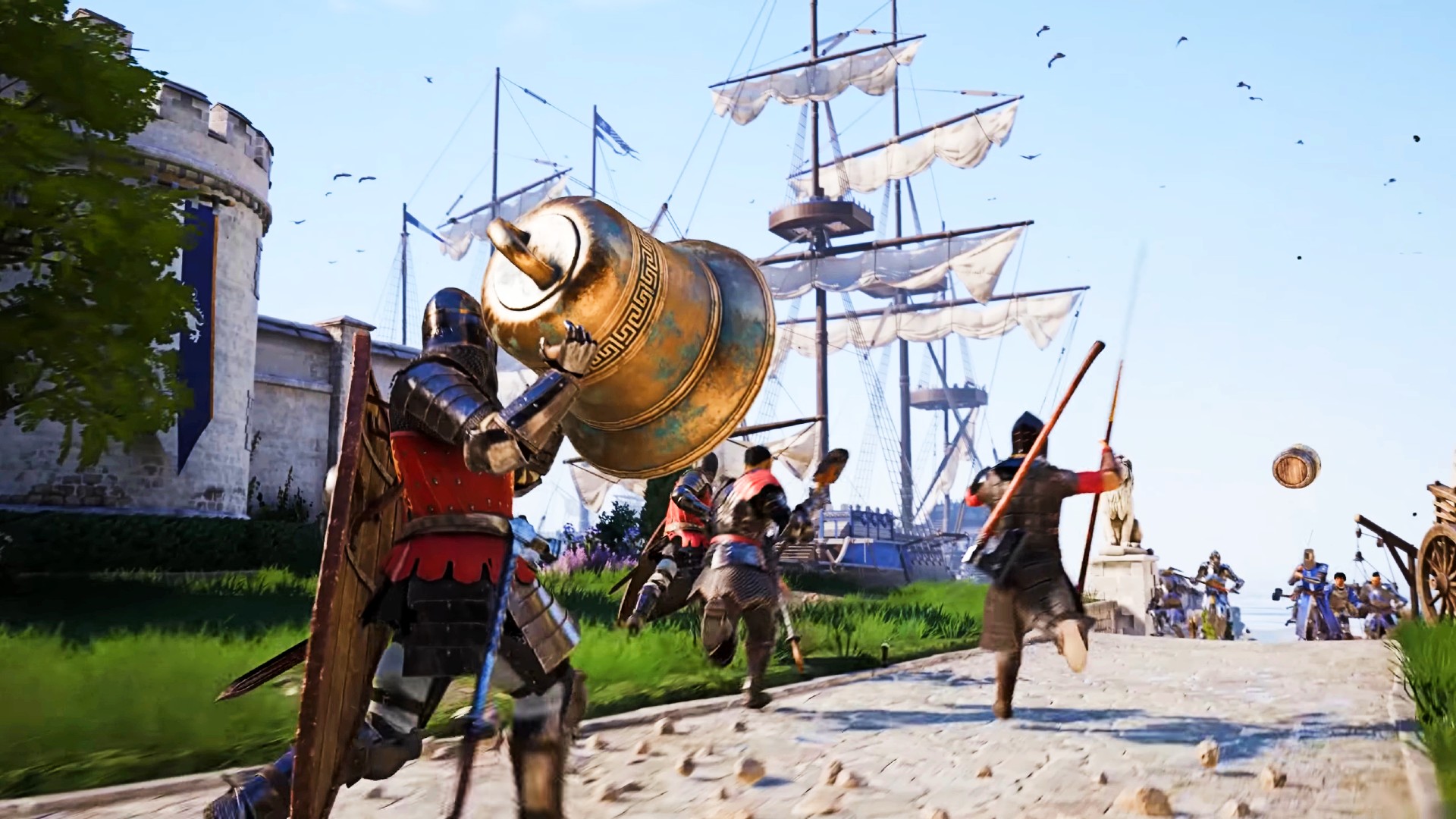 Medieval gore-’em-up multiplayer game Chivalry 2 has some brand new battlefields today. The free Galencourt Update has arrived, adding two big new maps to stain with the blood of your enemies, as well as a new game mode for more intimate bouts of mayhem.

The major addition in the Galencourt Update is the two big new multiplayer maps, Galencourt and Courtyard. In Galencourt, a team objective map, the Mason forces are laying siege to Galencourt, and the action includes opportunities to seize the walls, blow up the tall ships docked in the harbour, and “then desecrate the relics and the tomb of Feydrid,” developer Torn Banner excitedly explains.

Courtyard is a team deathmatch and free-for-all map that’s more about all-out carnage than semi-organised team objectives. It’s also playable in the newly added Arena mode, which is designed for smaller-scale 3v3 battles – the victor being the first team to win five rounds. In addition to the new Courtyard map, you can also play Arena on Tournament Grounds and Fighting Pits, appropriately enough.

RELATED LINKS: Chivalry 2 preview, Everything we know about Chivalry 2, The best multiplayer games on PC in 2021