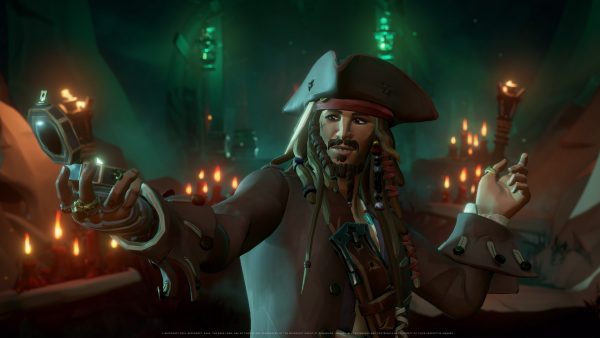 In a collaboration between Rare, Xbox, and Disney, Sea of Thieves is bringing Disney’s Pirates of the Caribbean to the game in the free update A Pirate’s Life.

Free to all players as part of the Sea of Thieves Season Three update arriving on June 22, A Pirate’s Life takes place over five Tall Tales.

After rescuing Captain Jack Sparrow from an “unfortunate predicament,” you will adventure alongside him to uncover secrets, encounter characters old and new, and go up against new enemies: Sirens, Phantoms, and Ocean Crawlers.

There will be new locations that’ll be familiar to those who have watched the Pirates of the Caribbean films.

The main goal is to protect the Sea of Thieves from Jack’s nemesis Davy Jones, and it’s being called the “biggest and boldest update” to the game since the 2019 Anniversary Update.

More details on A Pirate’s Life will be shared in the run-up to June 22.

The post Captain Jack Sparrow coming to Sea of Thieves with free update A Pirate’s Life appeared first on VG247.