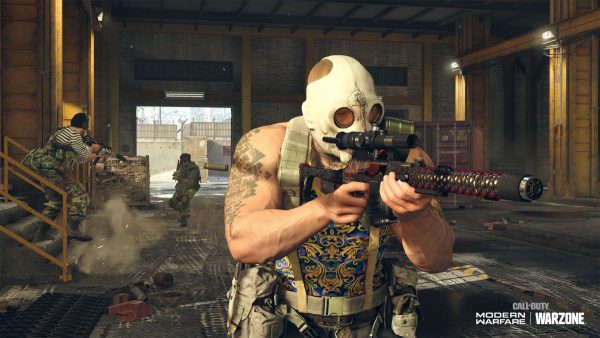 Raven Software is once again battling with a persistent invisibility glitch in Call of Duty Warzone, and this time it appears to be related to the Red Door transportation system.

Frustrated Warzone players are once again taking to Reddit to discuss their annoyances with the seminal Call of Duty battle royale. Clips of players being hunted down and eliminated by invisible attackers have been making the rounds since the mid-Season 4 update, but the one embedded below is possibly the most egregious.

In the gameplay clip, we can see a player getting showered with bullets that don’t appear to be coming from a specific enemy. Suddenly, they’re gunned down unceremoniously by their unseen assassin.

Please tell me I’m not loosing my mind, but did y’all see the guy? This was taken yesterday July 17th from CODWarzone

Reddit user Lma0-Zedong has apparently been contacted by Raven, noting that the glitches are coming from improper use of the Red Door system in-game. “2 are related to Red Doors (one of them not possible to achieve it in Solos), 1 to PS Sessions (Plunder and BuyBacks only) and 1 to Loadout/Cash Crates,” the user wrote on the site. “I reported how to do the 4 of them to Activision but there is nothing stated about it in the patch notes.”

This, of course, is not the first time we’ve seen the invisibility glitch appear in the game. One occurred in Season One and a similar issue was reported with the Forest Spirit outfit for Grinch, too.

At least roving bands of invisible players make a change from other abusable glitches or a meta-ruling overpowered weapon, in Raven’s defense. This one is actually more reminiscent of that Verdansk ’84 under-map exploit that afflicted the game back in April.

It’s not the first time Raven has had to respond to cheating, and sure as night follows day you can expect another bug to pop up after this one’s been squashed, sadly.

The post Call of Duty: Warzone invisibility glitch returns thanks to the Red Doors appeared first on VG247.