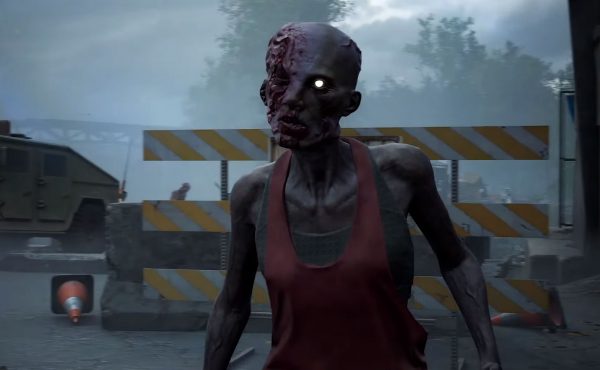 A card system will be used in Turtle Rock’s upcoming shooter, Back 4 Blood.

This card system in Back 4 Blood is handled by the Game Director which will affect your builds, and the amount and types of infected you will have to contend with.

The Game Director works behind the scenes monitoring your actions, health, and choices, and responds by choreographing the world around you.  This means that no run in the game will be the same.

As you jump into a game, the Game Director will play a set of corruption cards. These cards can modify conditions, form challenges, and send special mutations your way.

After the Director has dealt and played its cards, you and your team get to play yours. Cards are a rogue-like system that will allow for different experiences, putting you in control to craft custom decks, roll different builds and undertake more demanding fights.

You can choose a pre-made deck or choose cards for deep customization. Each deck a player is dealt can then be discussed with the team in order to choose which ones to play. These cards offer up buffs and bonuses. You can even do different builds such as medic, demolition, or melee.

If you have the Pyro Talent card dealt, you can replenish health with “every firey death.” There are different cards you can earn in the game when taking on new optional challenges and by earning supply points. These supply points can then be used to unlock new cards or weapons and character skins.

Then, there are weapons, which are important. Stingers can be taken out with a knife if you choose, but when taking out the armored Ridden, infected that can take a beating, you might need a shotgun or other sort of weapon that uses bullets. You will also have to contend with the Blighted Ridden which are dangerous even after they are dead thanks to leaving toxic waste behind.

Originally slated to release on June 22, Back 4 Blood was recently delayed to October 12.  According to Turtle Rock Studios, the team needed more time to make the game the best it can possibly be upon release.

An open beta will be held this summer.

Developed by the studio that developed Left 4 Dead, the cooperative first-person shooter pits you against the Ridden, the once-human hosts of a deadly parasite.

You can also play against friends in PvP by becoming a Cleaner, one of the immune survivors, with special perks or switch sides and play as the Ridden.

The post Back 4 Blood trailer details the game’s rogue-like card system that will allow for different experiences appeared first on VG247.