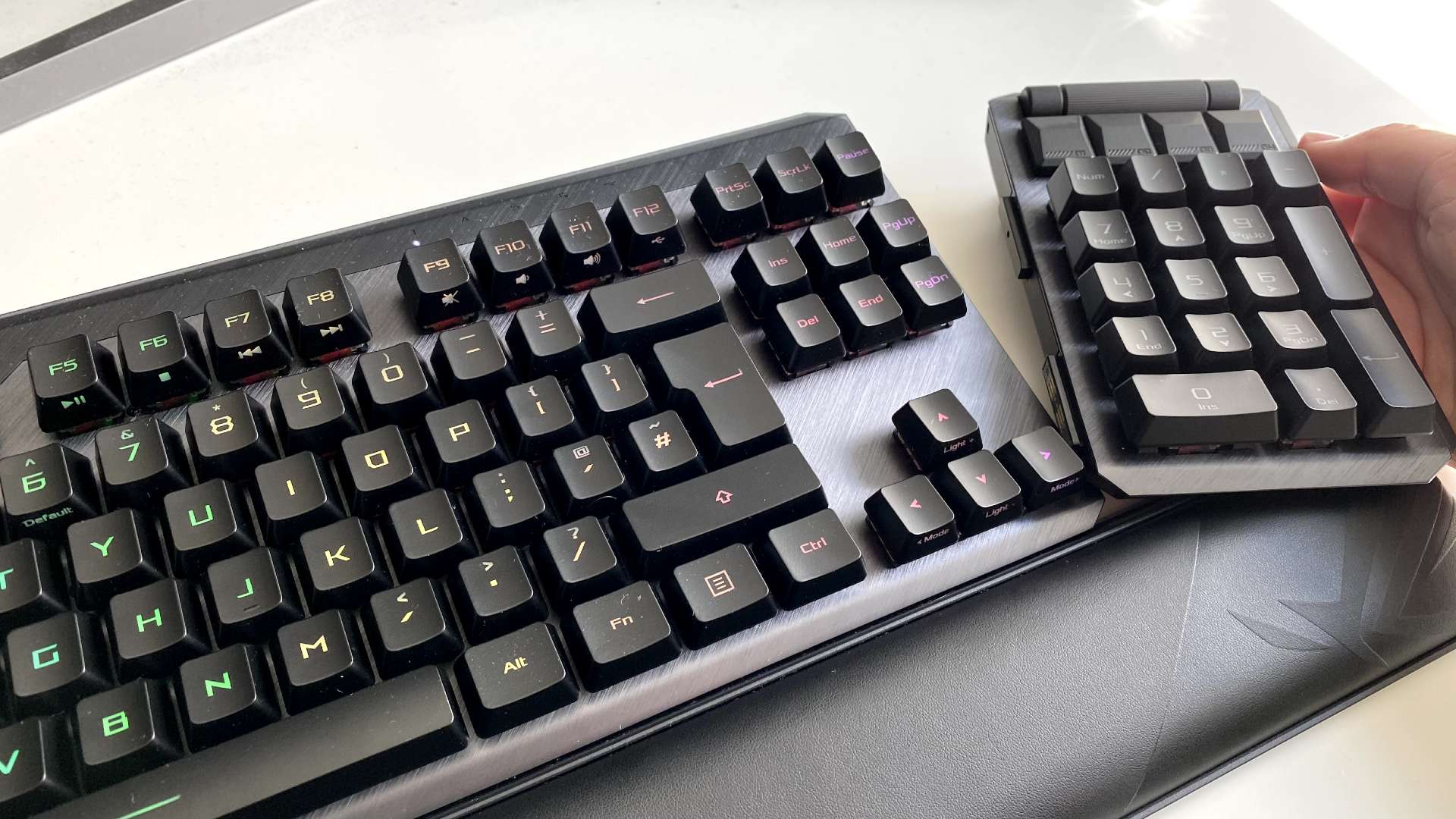 Wireless options aren’t particularly popular when hunting for the best gaming keyboard, with many put off by the high latency of Bluetooth and low battery life. The Asus ROG Claymore II quells these concerns with zero compromises and even sprinkles in a few extra features for good measure, but like its wired predecessor, it comes with a hefty price tag.

In case you missed the original, it received a great deal of praise thanks to its detachable numpad, letting you assume a tenkeyless (TKL) layout to free up space on the best gaming desk, or slap it back on when you’re playing key-heavy games. That signature feature returns in the ROG Claymore II, alongside the new addition of a detachable wrist rest for increased comfort.

Costing £249.99, the ROG Claymore II is vying for a clutter free spot on your desk against rivals such as Razer’s $229 / £230 BlackWidow V3 Pro and Logitech’s $249 / £210 G915 Lightspeed. And, much like its competitors, it does away with the Cherry MX switches found in the first Claymore in favour of its own ROG optical linear Reds or clicky Blues.