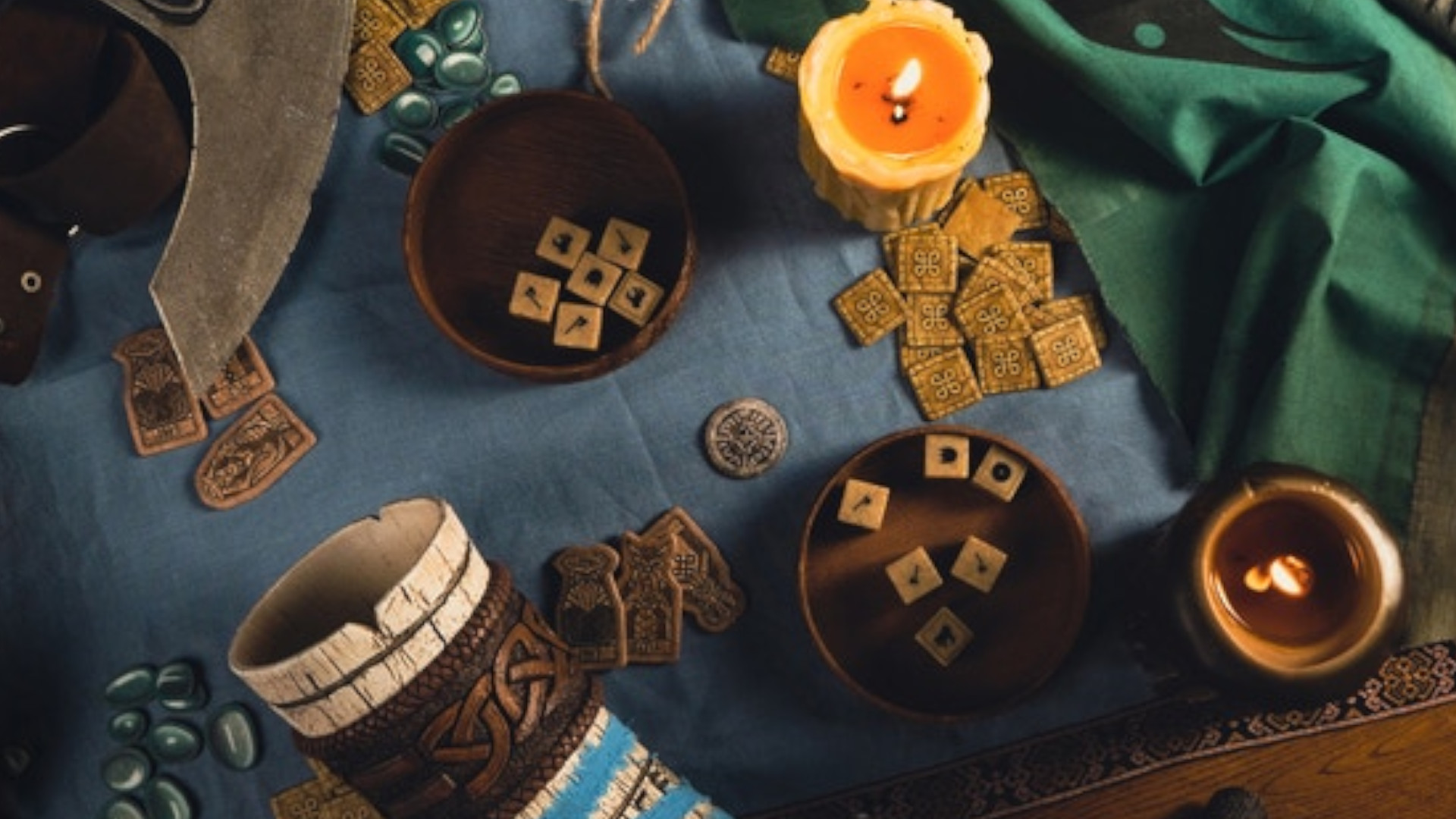 Assassin’s Creed Valhalla? Yeah, it’s a fine game, if you like all that running around and slashing people with swords and axes. Me, though? I’m an Orlog fanatic. The PCGN office has been obsessed with Viking Yahtzee since before the game even came out, and judging by the instant success the dice game has had on Kickstarter, it seems we’re not alone.

Orlog has hit Kickstarter courtesy of collectible company PureArts, which has licensed the rights to the game from Ubisoft. The campaign hit the platform earlier today, and smashed through its $75k CAD funding goal more or less instantaneously. Now, just a few hours after launch, it’s reached over $200k CAD pledged, or around $160k USD. It’s more than on pace to smash past its $400k CAD worth of stretch goals by the end of the campaign.

The kit includes the specialised dice, fancy bowls, ability tokens, stone health counters, and god favor cards that two players need to run through a full round. A pledge to get the kit costs $39 USD / €33 EUR ($35 / €29 if you buy in the first 48 hours).