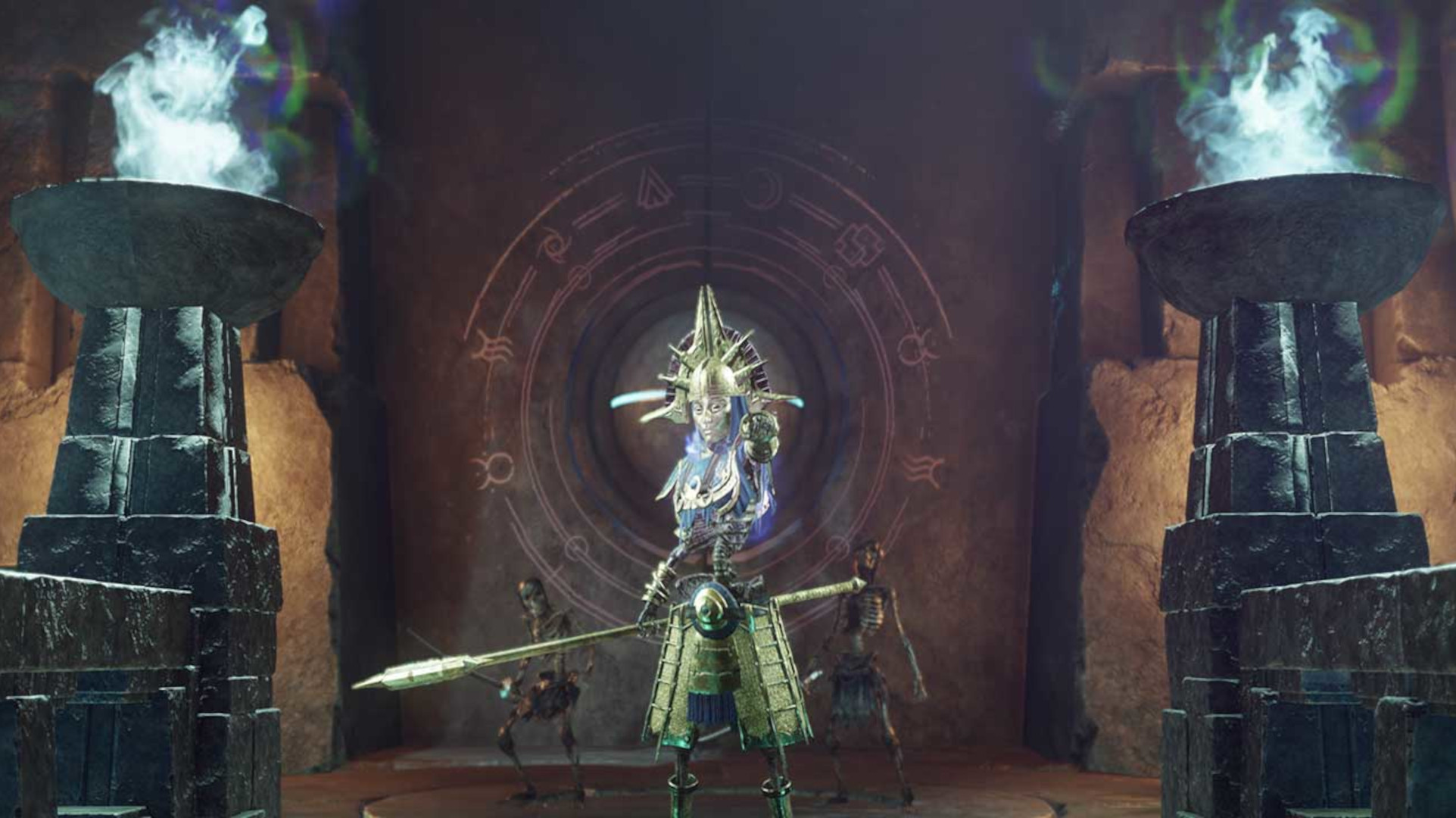 A screengrab purported to be from the NDA-restricted alpha started circulating on Reddit on May 13, describing a “premium currency shop.” The store would provide cosmetic goods, and “may sell quality-of-life items or boosts that will help players improve their time spent leveling up their character and trade skill experience.” That last part raised concerns over a pay-to-win, or otherwise unbalanced gameplay structure, due to experience boosters.

Recurring feedback led to a letter from studio director Rich Lawrence on Twitter, explaining that for now, “all store items at launch will be exclusively cosmetic in nature.” However, that may not always be the case. “Looking towards the future, we will also test ideas on how to offer players quality of life items for mechanics like rested XP, and fast travel, both obtainable in-game and purchasable in the store,” Lawrence writes. “The more players who are able to reach our exciting endgame content and game modes, the healthier the overall game experience will be for all players.”