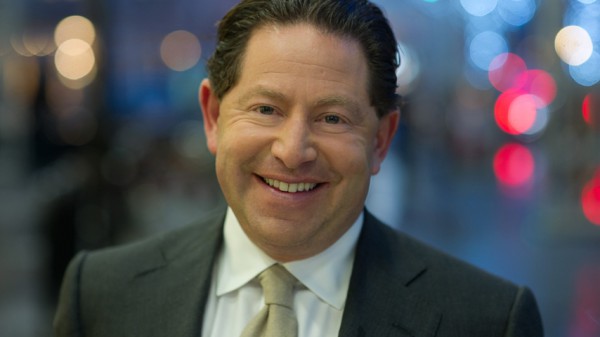 Bobby Kotick’s tenure at Activision Blizzard has been extended, but the veteran CEO’s salary is dropping.

Kotick’s contract was initially set to end December 31, 2021 but has now been extended to March 31, 2023. Kotick, who has been the company’s CEO for more than 30 years will be, however, receiving a 50% cut to his base salary as well as his annual bonus.

Activision Blizzard’s board has decided to do this based on shareholder feedback, to “incorporate market best practices” and in order to directly connect pay to performance. You may recall that Kotick’s compensation package was criticised by some Activision Blizzard shareholders in the past, who felt that he was paid too much, even when having laid off staff.

The board has also eliminated two other bonuses for Kotick, namely the Transformation Transaction Award, and Shareholder Value Creation Incentive. Effective January 1, 2021 and until the end of this contract extension in March 2023, Kotick’s yearly salary is dropping from $1,75 million to $875,000.

Kotick, however, may end up earning about the same over the next two years. The filing states that the CEO is eligible for an annual bonus that could go as high as 200% of his base (reduced) salary. 80% of that bonus will be based on the company’s financial objectives, and 20% are reserved for “measurable environmental, social, and governance (“ESG”) initiatives” for each fiscal year.

Activision Blizzard’s Compensation Committee will determine that value, and how the bonus will be paid (cash, stocks). In short, he’s eligible for another $1,75 million in bonuses for every fiscal year, should company milestones be met.